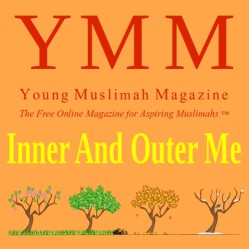 She had just wound down for the night. It was already getting late. She followed her usual bedtime routine; quick shower, into pyjamas, brush teeth, complete night prayers and jump into bed for a quick read.

She yawned uncontrollably, it was time to turn out the lights. Submerged in darkness and complete silence, she nestled into her warm blanket. Slowly drifting off into slumber, she turned onto her left to get comfortable.

The silence was broken. She heard and felt a hot sweaty breath mumbling gibberish into her right ear, she couldn’t make out a single annoying word it was saying. She couldn’t believe it. Her younger brother must’ve snuck into her room to play a school boy prank. With her eyes closed, she lashed out with her right arm and ordered “Get out of my room, its midnight for goodness sake. I have to go work in the morning!” Silence again, she must’ve scared him away.

As soon as she turned over to find the same spot of comfort, there the hot breath was again. Mumbling gibberish into her ear, louder this time. Taunting in a disgusting invasive manner, almost spitting into her ear.

She had had enough. She leapt from her bed, unlocking and trying to keep up with him as he dashed through the door. She bursted into his bedroom. He had already jumped under his duvet.

“Just wait till the morning! I’m telling dad what you’ve been doing! Once was enough, but twice?! Grow up!” She screamed at the top of her voice.

He pulled the duvet cover from his head. And with a dopey sleepy tone, all he could muster was a questioning “huh?” as he felt around for his glasses on his bedside table.

“Ten out of ten for acting.” She scoffed with sarcasm. Clapping as though to applaud his dramatic display. “You just wait till the morning son.” And with her nerves in tatters, she slunk off to bed and tried once again to nod off to sleep.

Her alarm went off, she prayed her morning prayer and went down for breakfast. As soon as she heard her father stirring, she went to tell him of her younger brothers silly antics last night. He was furious. Her brother was summoned to explain himself. He insisted on his innocence, he said he had no idea what she was talking about, this just made his punishment even harsher. To resort to lying, he had hit a new low. He was forced to apologise and promise to never to do such an idiotic stunt again. Begrudgingly he did as he was told.

She sat on the tube on her way to work. She reflected on the incident step by step. Her blood ran cold. “It couldn’t have been him” she thought to herself. She remembered that before she could chase the mumbler out of her room, she had to unlock her bedroom door, from the inside. Therefore, the mumbler would have been locked in with her, in her bedroom…the whole time.

“Say, ‘I seek refuge in the Lord of mankind,

The Sovereign of mankind.

The God of mankind,

From the evil of the retreating whisperer –

Who whispers [evil] into the breasts of mankind –

From among the jinn and mankind.’”

Shabana Diouri is an aspiring writer and poet with a strong affinity toward the issues of women in Islam and spiritual needs of the heart. She is a qualified Economist and Statistician whose career began in Whitehall. Currently she spends her time in Edinburgh as a freelance writer and engages in outreach work with the University of Edinburgh to encourage a deeper understanding of Islam and Muslim culture. She currently manages ‘Muslimah Uninterrupted’, her personal blog where this was first published: http://muslimahuninterrupted.wordpress.com