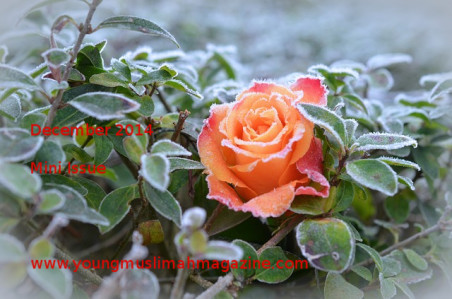 Love is a powerful theme that features throughout history, with the power to launch a thousand ships or destroy a country. Zainab bint RasulAllah (sallAllahu ‘alayhi wa sallam) is an example of the strength of love and a Muslim woman’s patience and courage.

Although her story does not feature as prominently in Islamic history as some other Sahabiyaat such as her mother, Khadijah, or her step-mother A’ishah, she experienced one of the most difficult struggles faced by Muslim women: the battle between true love and spiritual conviction.

Zainab bint RasulAllah (sallAllahu ‘alayhi wa sallam) married her maternal cousin Abu’l ‘Aas ibn Rabee’ before the onset of her father’s prophethood. They loved each other dearly, and their marriage was one of the happiest in all of Makkah.

The first year of RasulAllah’s Prophethood was a difficult one for Zainab. She instantly believed in her father’s Divine Message, but unfortunately, Abu’l ‘Aas refused to accept Islam. Citing the anger of Quraysh as an excuse, Abu’l ‘Aas continued to love and protect his wife, but did not choose to share her faith.

When RasulAllah made his hijrah to Madinah, Zainab requested that she be allowed to stay with her husband, who was still a non-Muslim. In the months that followed, she was the only believer left within the boundaries of Makkah.

Parted from her family, isolated from other Muslims, Zainab found comfort in the love that she shared with Abu’l ‘Aas.

However, after the Battle of Badr, during which Abu’l ‘Aas was taken prisoner by the Muslims, the command came from Allah that no Muslim woman was allowed to stay with her non-Muslim husband. RasulAllah accepted Abu’l ‘Aas’ ransom payment and released him, but he also instructed him to send Zainab to Madinah.

As much as this second parting with her husband made her heart ache even more, Zainab’s commitment to Allah’s Pleasure over her own demanded that she obey His Command.

Her arduous journey to Madinah, which involved her being ambushed and suffering a miscarriage, reminded her every moment that she was sacrificing the safety and solace of her husband’s love for a life of difficulty. Instead of turning back, instead of using her husband’s protection for her practice of Islam as an excuse to defy the direct order of Allah, she drew upon the strength of her emaan to overcome the pain of losing the love of her life.

Zainab remained in Madinah, refusing to remarry, while Abu’l ‘Aas continued to live in Makkah, anguished at the separation from his wife. Eventually, a sequence of events resulted in his recapture by the Muslims, who brought him to Madinah. Overwhelmed to know that her beloved was near, Zainab publicly announced that she was providing sanctuary to Abu’l ‘Aas. Smiling, RasulAllah accepted her claim of protection and released him into her care, but with the warning that they could not live together as husband and wife. After some time, Abu’l ‘Aas finally accepted Islam, and their reunion was complete.

Today, many Muslim women try to justify their choice to marry non-Muslim men by saying that these men love them for who they are and respect their faith. But if the daughter of the Messenger of Allah was commanded to leave her non-Muslim husband, who loved her passionately and never prevented her from practising Islam, how can we make the excuse that our transient, mortal love is worth defying Allah?

It is sincere sacrifice, out of true love for Allah, that will grant us both the sweetness of mortal love as well as that of the Divine. It is the decision to choose our love for the Divine over the transience of worldly love, that will truly determine the strength of our spiritual courage and make us worthy of Allah’s Divine Love in return.

Zainab bint Younus (AnonyMouse) is a young woman who finds constant inspiration in the lives of the Sahabiyaat and other great women in Islamic history. She hopes that every Muslimah is able to identify with the struggles of these inspirational women and follow in their footsteps to become a part of a new generation of powerful Muslim women. She blogs at http://www.thesalafifeminist.blogspot.com where this article was published.

{By which Allah guides those who pursue His pleasure to the ways of peace and brings them out from darknesses into the light, by His permission, and guides them to a straight path.}

The Qur’an, Surah Al-Maa’idah (chapter of the table spread) 5:16